My daughter is now on the Year 1 content from Phonics Hero, playing games from level 8 onwards (parents can get a free trial). Here, children begin learning that there are different ways a phoneme (sound) can be spelled – known as ‘alternative spellings’ in phonics. For example, the ‘ee’ sound can be represented like this:

As she played Phonics Hero, I noticed that she needed more practice recognising and using all the different ways to spell ‘ee’. Too often, when reading, she would sound out an ‘ea’ (e.g. the word ‘bead’) as ‘eh’-‘ah’ and when spelling, always defaults to the spelling ‘ee’ every time she heard an ‘ee’ (e.g. ‘jolly’ would be spelled ‘jollee’). 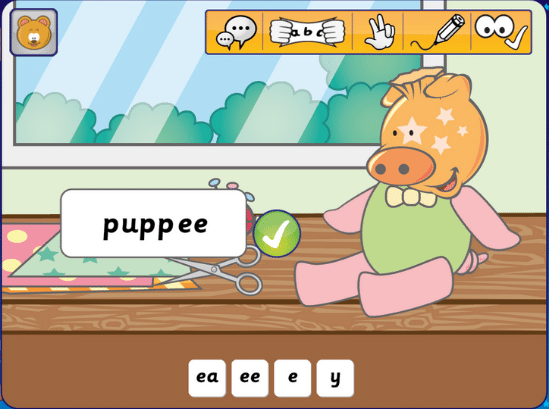 Here, she has chosen ‘ee’ instead of the correct ‘y’.


To reinforce the alternative spellings, we got creative and came up with some multi-sensory and incredibly simple Lego phonics activities!

Tip: I used Duplo bricks, as they’re bigger so give you more space to write the word. Also, don’t be tempted to try a whiteboard marker – it will rub right off! Permanent marker is easily removed with nail polish remover.

Bricking up the ways to spell ‘ee’

Before getting overly complicated and reading with ‘ee’ we played some games to make sure she recognised all the different ways to spell the sound ‘ee’. I wrote all the different spellings of ‘ee’ on the Lego, adding some incorrect ones she already knows to make it easier (and less potentially frustrating).

First, she built a tower. She read each of the ‘ee’ representations aloud as she added to it, with me pointing out how “all of these four are ‘ee’!” 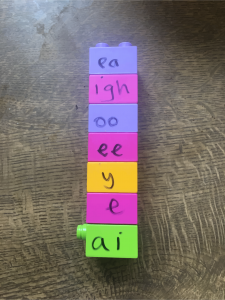 We then sorted them by colour and she stacked them on a Lego tile, saying the sounds as she matched them. 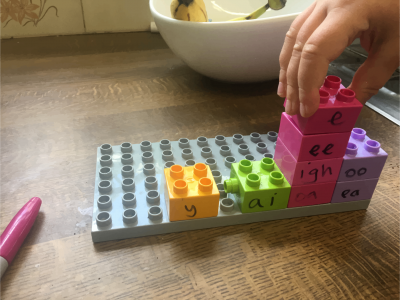 Next, she sorted the bricks into ‘ee’ sounds (e, ee, ea, y) into one column and all of the redundant (non-‘ee’) sounds into another. 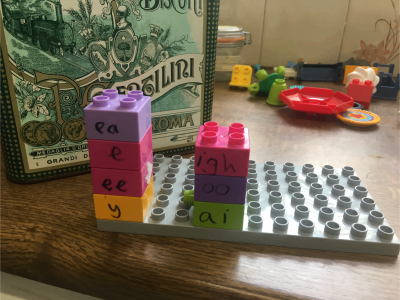 Once I felt confident that she was recognising all of the ‘ee’ sounds about 70% of the time, we then moved onto reading words with the Lego bricks.


Levelling up: From Sounds to Words

For this stage, we started by sorting out the redundant sounds and placing each of the ways to spell ‘ee’ onto the Lego tile. Then I wrote the ‘ee’ words on a whole bunch of other bricks. 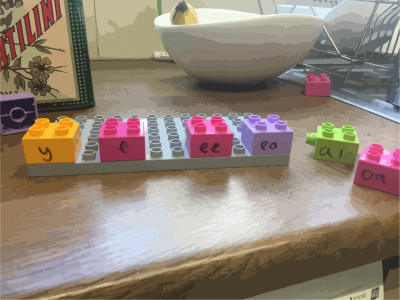 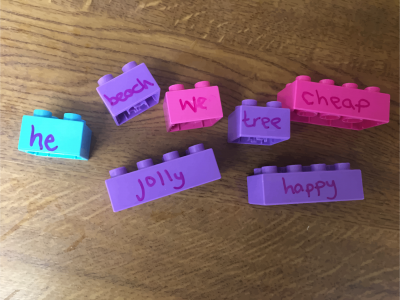 Here are some words using each of the ‘ee’ sounds. If you are practising a different sound and its alternative spellings, there are some example words in our learning overview to get you started.

A Funfair of Lego Phonics Activities

For the first game, I had her stack the bricks, sorting them into the correct column to build a ‘city’ of ‘ee’ sounds.

Watch how she decodes each word as she sorts them: 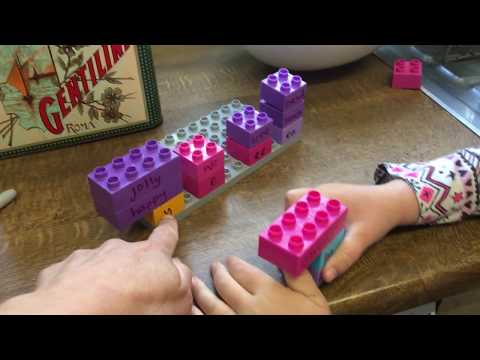 My daughter decided she’d like to think of her own ‘ee’ words and write them on the bricks – and to be perfectly honest, she was better at coming up with them than me! It was also a great opportunity for her to spell words and discuss which ‘ee’ to use for each word.

She wrote down her ‘ee’ words (such as ‘bean’ and ‘bee’) and used them to build a tower. For this game, we added a competitive element: who could get to the top of the tower first by reading out the words? Of course, mummy got a few wrong and had to be corrected! 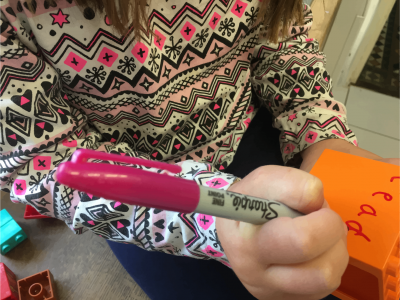 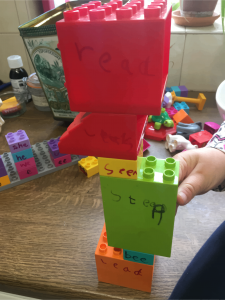 Next, I came up with a Lego activity using polystyrene packing peanuts (hate the stuff environmentally, but at least it’s getting a second use) that came with a recent online purchase to hide the Lego. You could also use a bucket with water, sand, stones or leaves to hide the bricks for this activity. 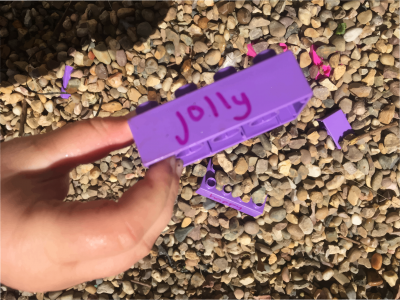 As she ‘dug’ in the foam peanuts and pulled each Lego piece out, she read the word and sorted it into the correct ‘ee’ column. 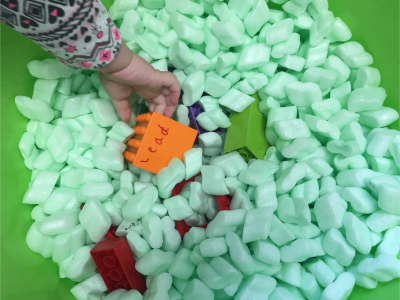 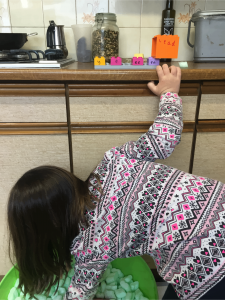 If your child is motivated by points (mine definitely is!) you can add buckets or boxes with points. After they read each word aloud, they throw the Lego in and add to their score! This was quite a hit, as you can see in the video: 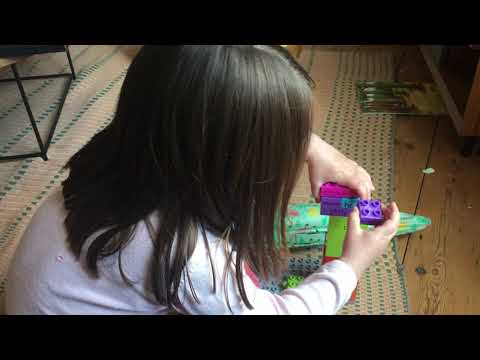 She shoots…and she scores! Ten points!

I really dislike convoluted activities that zap me of time; these Lego phonics activities don’t require a printer, took all of 2 minutes to set up and were a huge hit! We’ll definitely be playing again soon!

Katherine is the CEO and co-founder of Phonics Hero. She has worked in synthetic phonics for over 15 years, working with hundreds of schools to support them in their implementation of synthetic phonics.