The beauty of synthetic phonics is; as it teaches reading it also teaches spelling! Reading involves breaking words into separate sounds and blending them together to read the word. Whereas spelling is the opposite; listening for the sounds in the word and representing them with a letter. In Phonics Hero a child learns to read a bank of words, and then learns to spell these same words.

Spelling difficulties are rife in the English speaking word – it’s a tricky language. However, when a child is taught the logic of spelling and explicitly taught the phonics code, it gives them a solid spelling foundation. Synthetic phonics will teach a child: 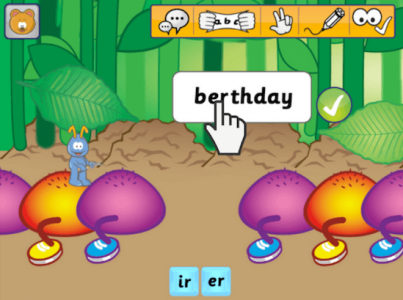 It sounds out as ‘birthday’ but it doesn’t look right!